The project was prepared for the Local Government Culture Center in Busko-Zdrój. Its assumption was to show the attractions and advantages of the Ponidzie region to the potential tourists.

This more than ten minutes film was created in 360 degrees technology and 4K resolution and is designed for display in VR glasses. The film is presented in a special capsule – a mobile trailer, where six people can watch it at the same time.

Due to the specifics of the project, it is difficult to present it properly on a flat screen. Therefore, above we present a film showing the idea of ​​the capsule, holographic effect and some transitions between locations. Below are some static shots from the movie (the distortion results from their intended use for omnidirectional display).

The main idea of ​​the film is based on the presentation of the most famous places in Busko-Zdrój and its surroundings, as well as natural attractions in which the region abounds. Thus, it includes both shots from the Park Zdrojowy, the cathedral in Wiślica, as well as from the canoeing trip over Nida river. Due to the technology used, these places are shown mostly using static shots, in which the viewer, looking around, can almost freely view the surroundings (the area behind the viewer is reserved for the information about the producers of the film).

All the locations shown are connected with each other by animated sequences in the form of a map of the region, on which the subsequent points between which the viewer is moved are marked. Streets, rivers, buildings of the region’s largest towns as well as vegetation have been mapped with great topographic precision. The model of the region covers an area of ​​2,500 square kilometers. Thanks to this, viewers immediately gain knowledge of exactly where each place is. These slightly more dynamic shots viewed in VR glasses are a source of quite strong emotions for the viewers.

To strengthen the effect of immersion of the vievers into the created world, immediately after putting on the glasses, one sees the mapped interior of the capsule, in which, of course, one can also look around. After a moment, a film begins to appear in the form of a hologram in front of one’s eyes. The movie is accompanied by an appropriate lector’s commentary describing individual locations.

The film won the third prize in the nationwide competition “Kadry z Polski… i nie tylko” organized by the Wasza Turystyka portal. 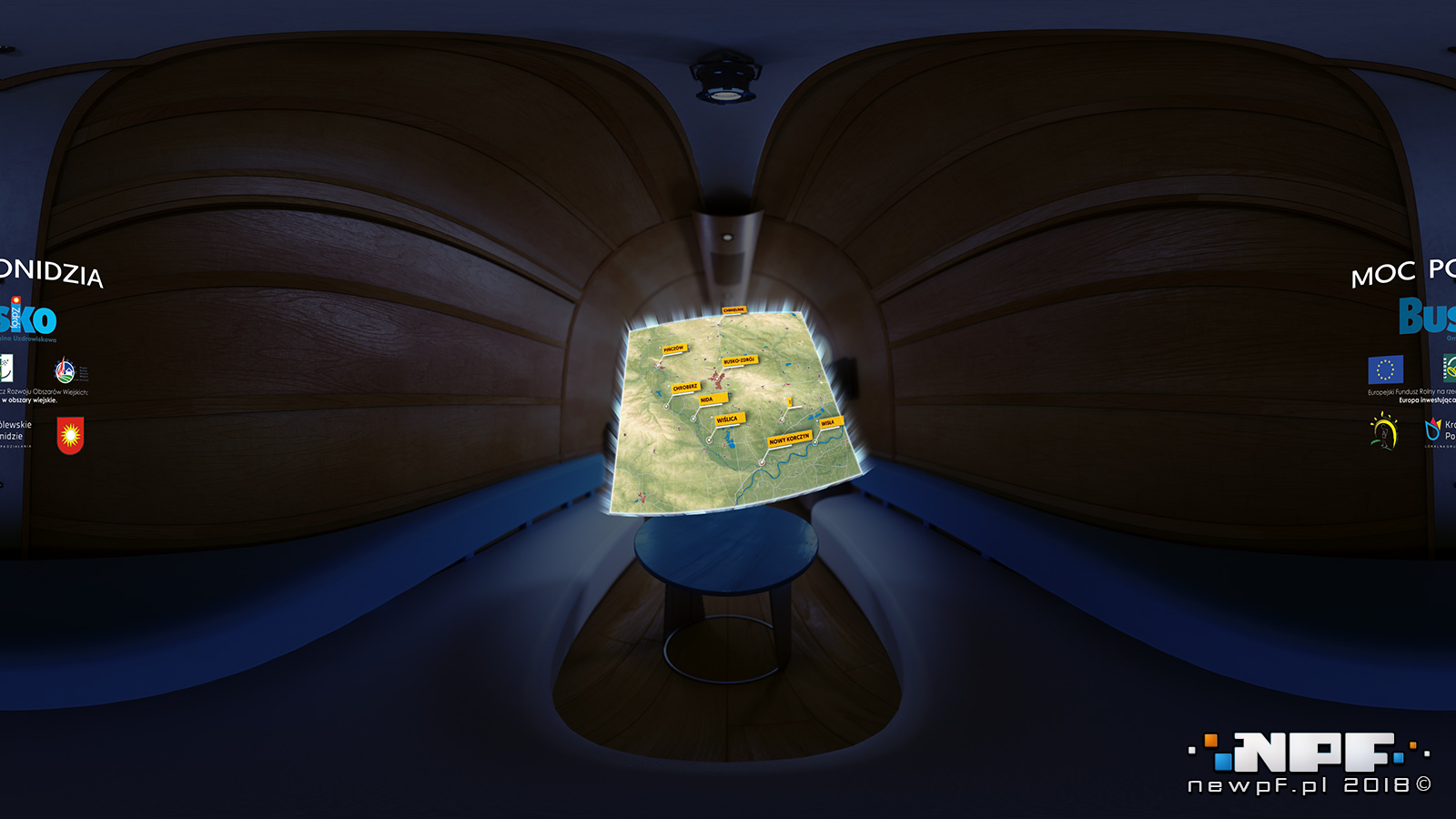 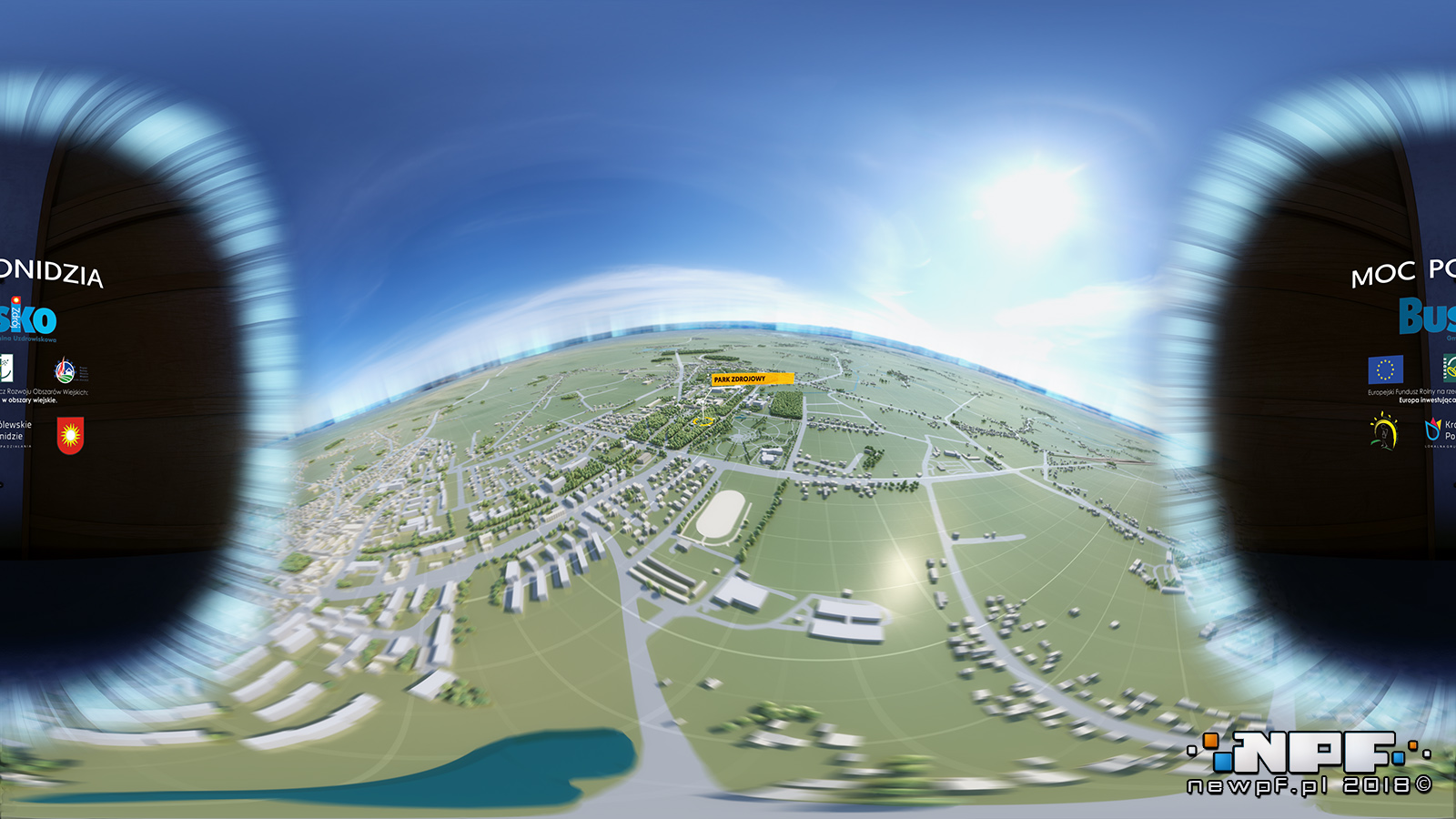 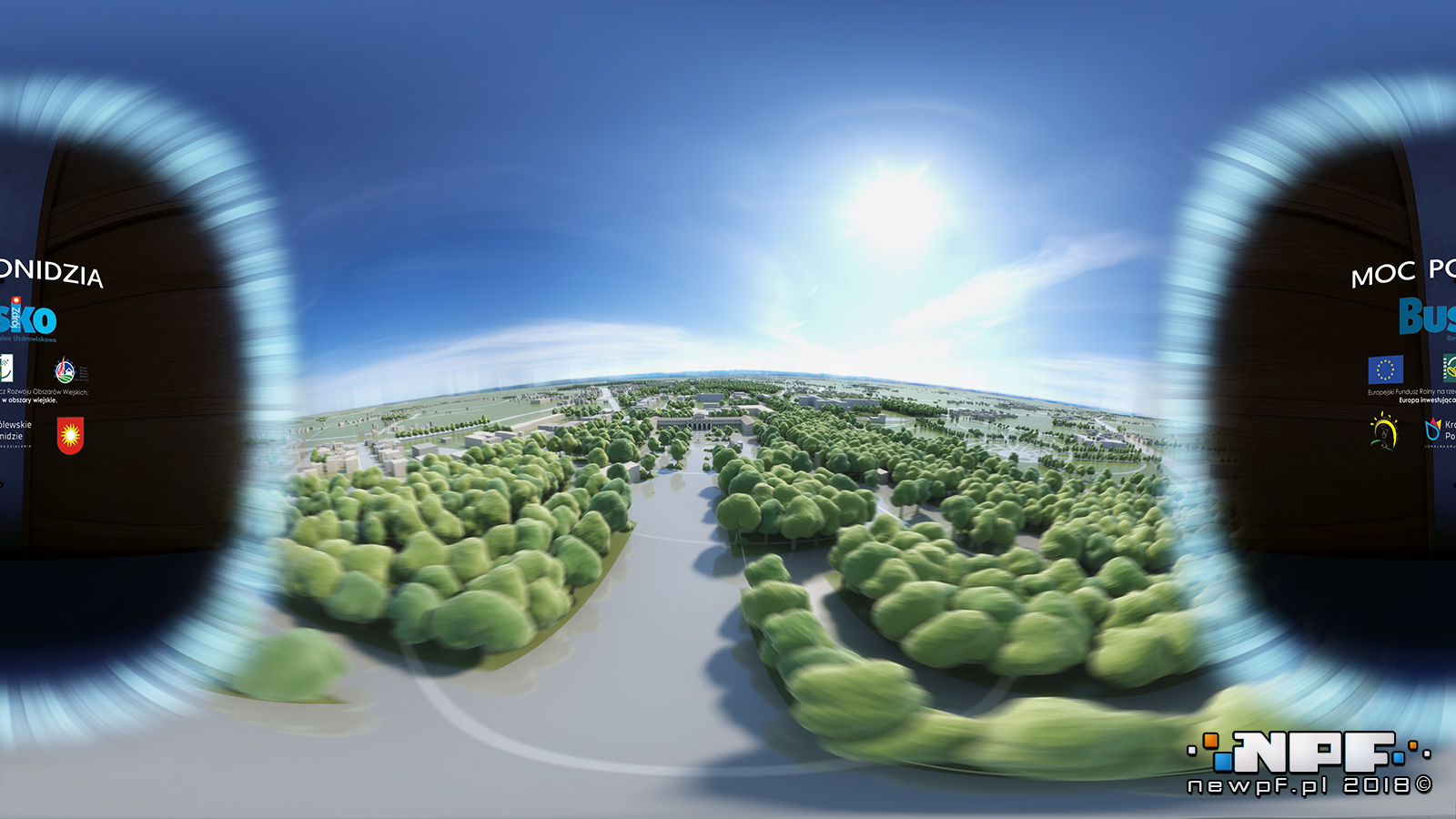 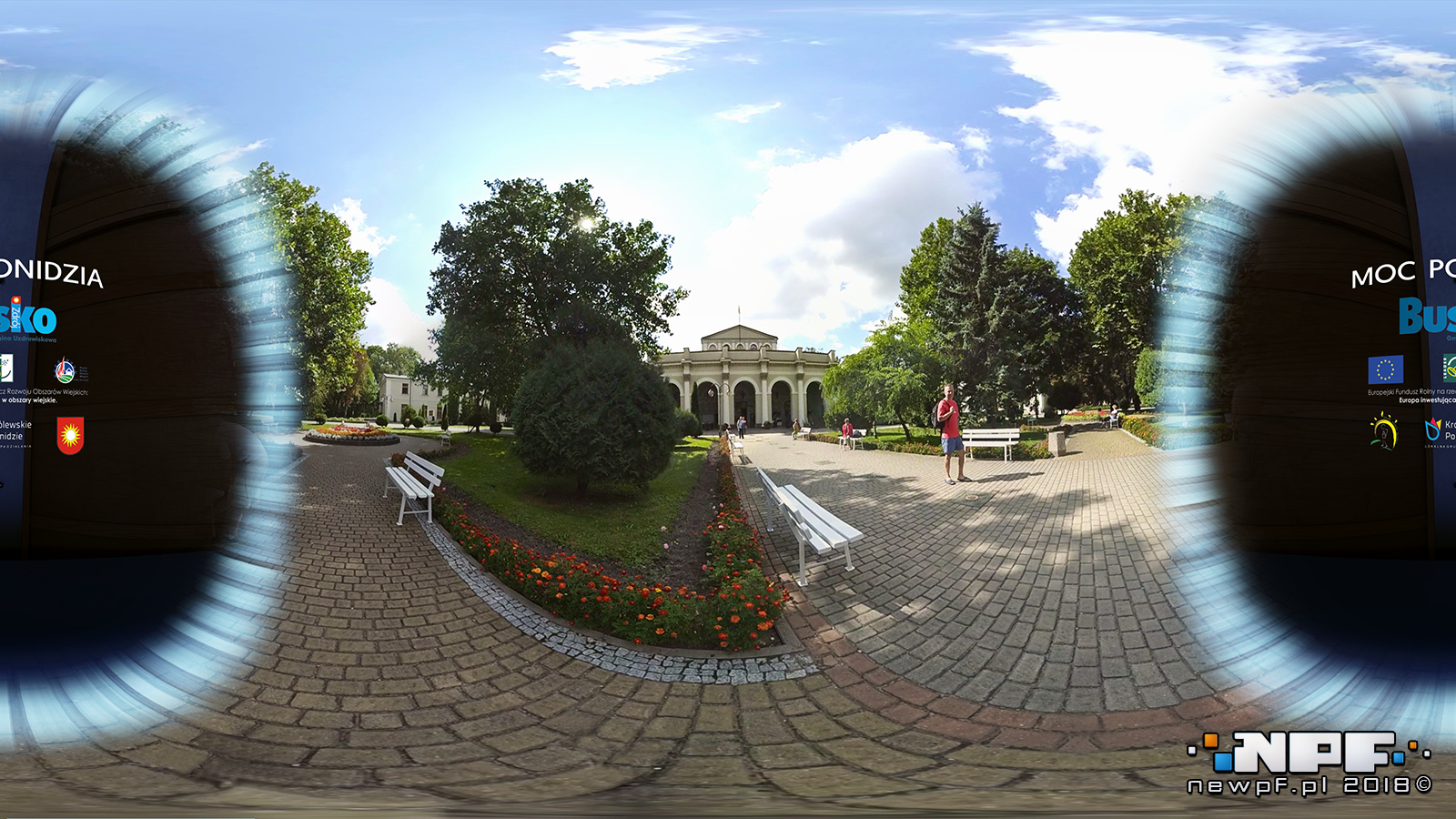 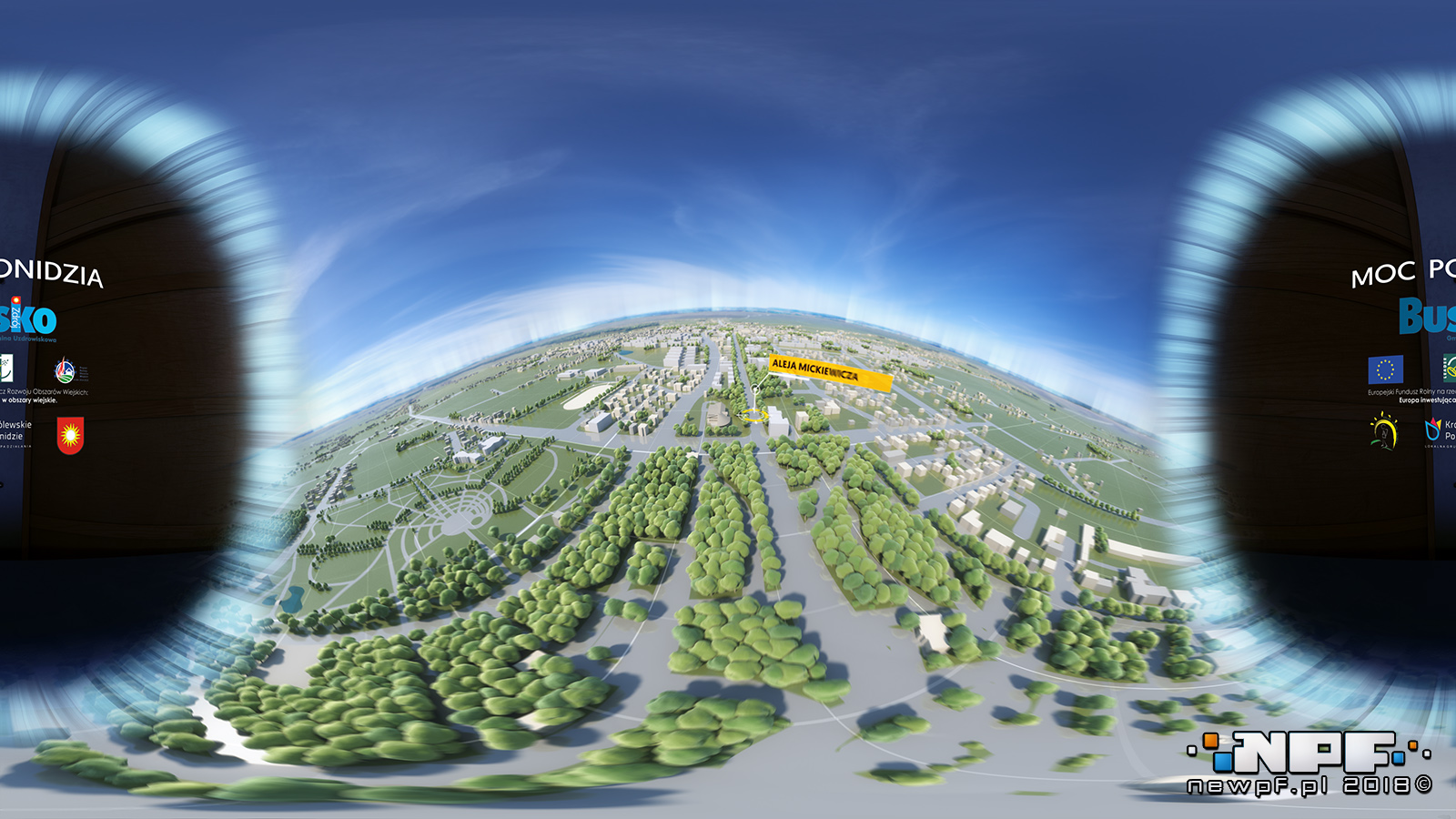 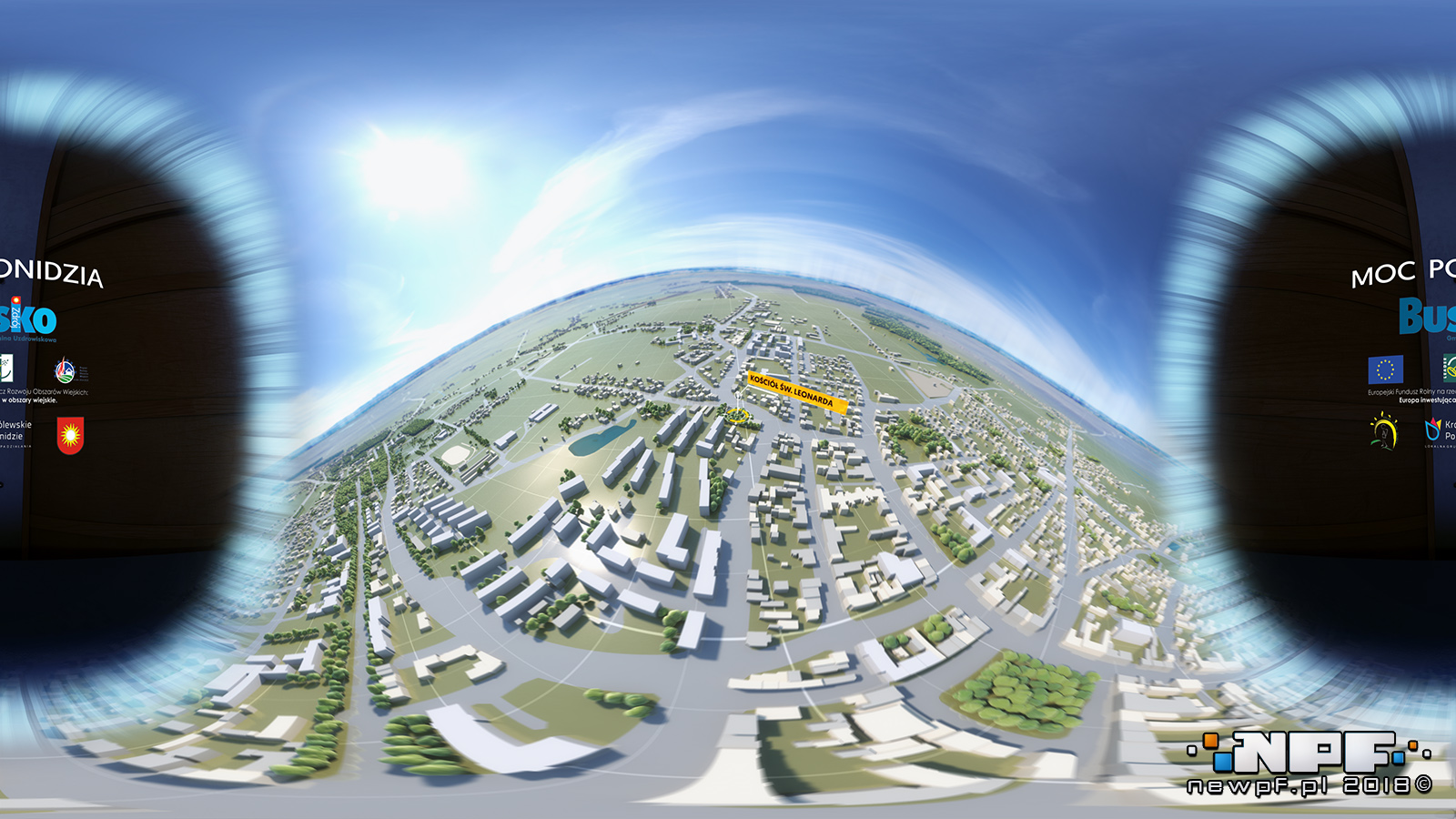 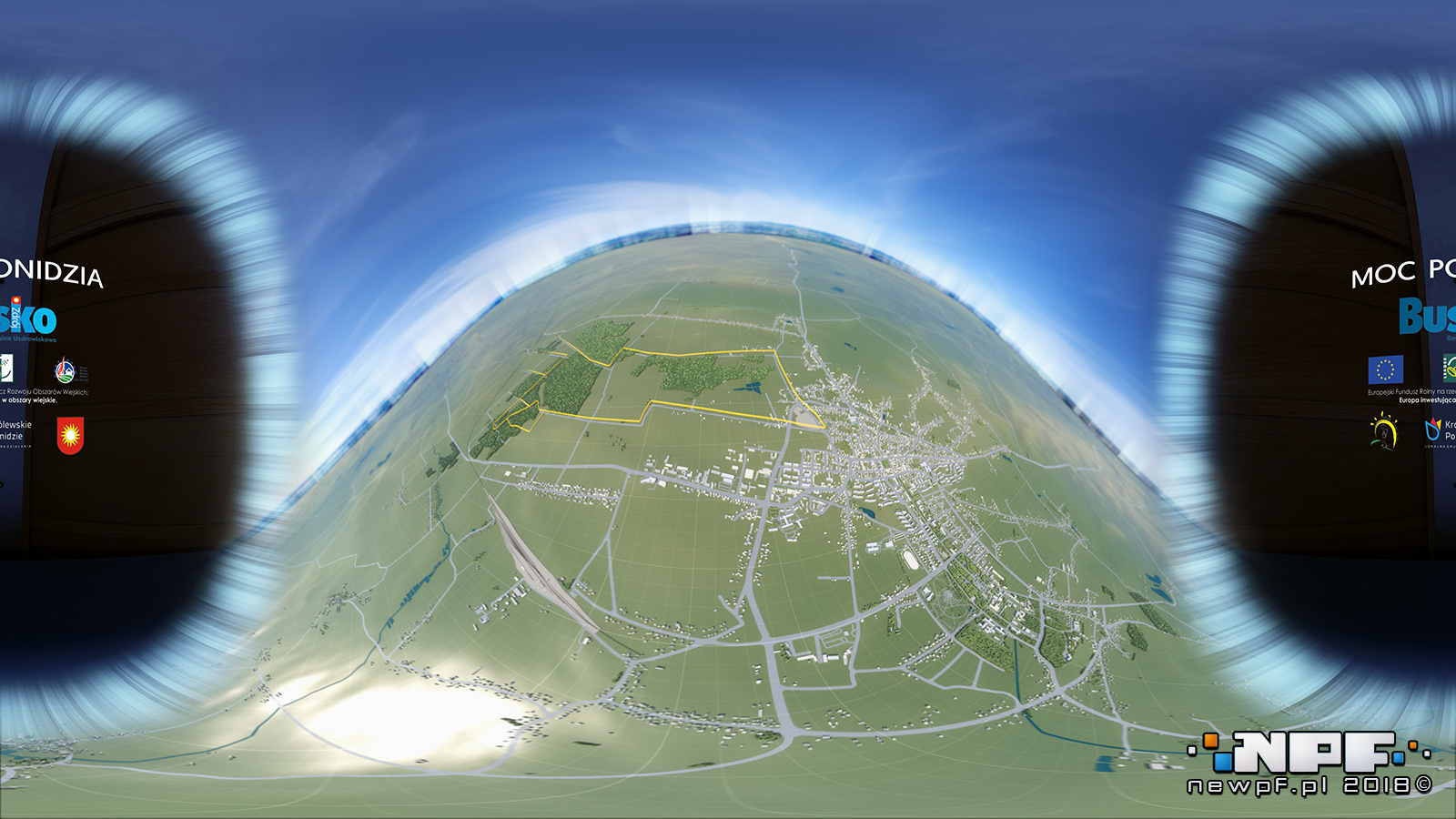 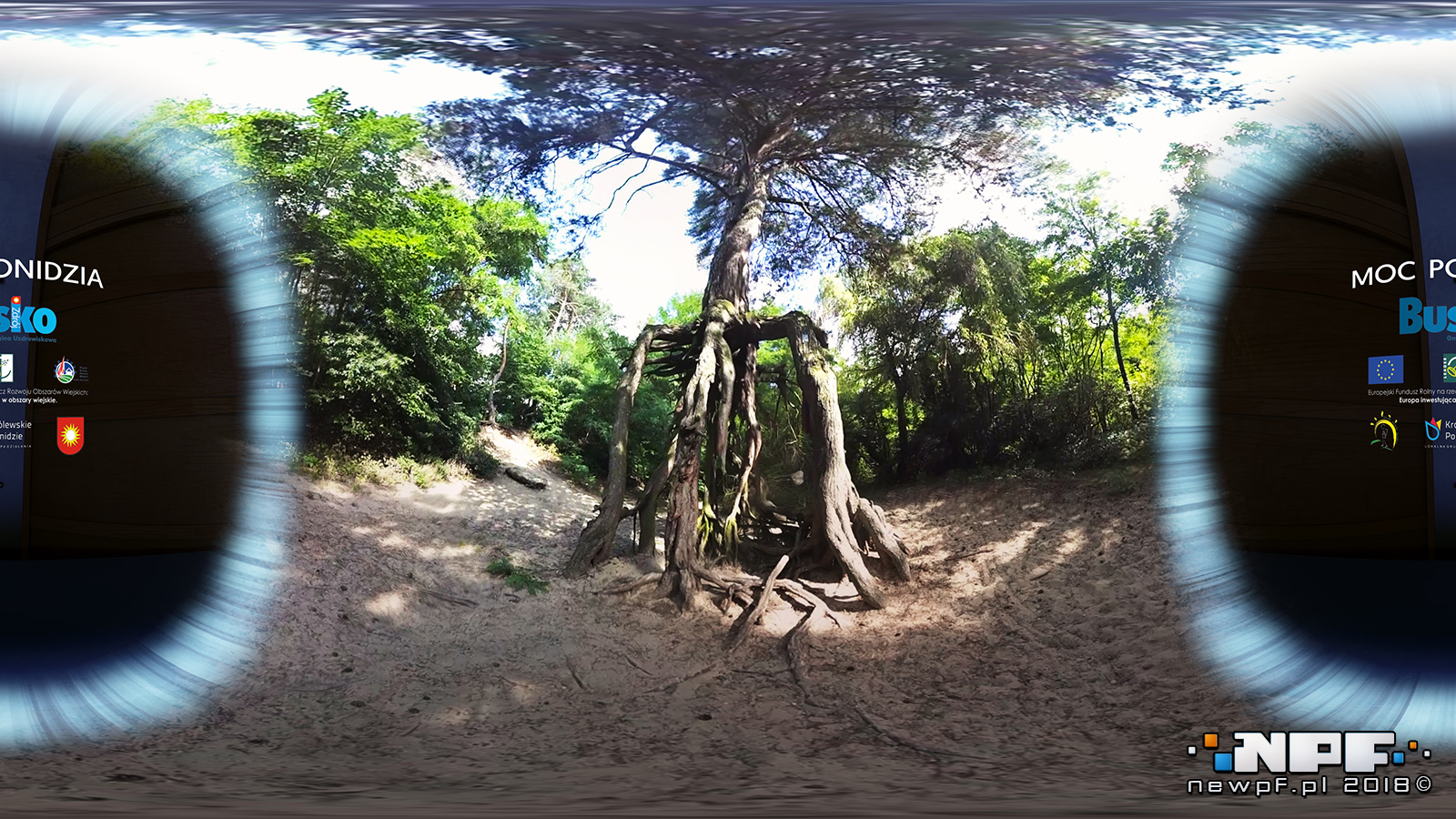 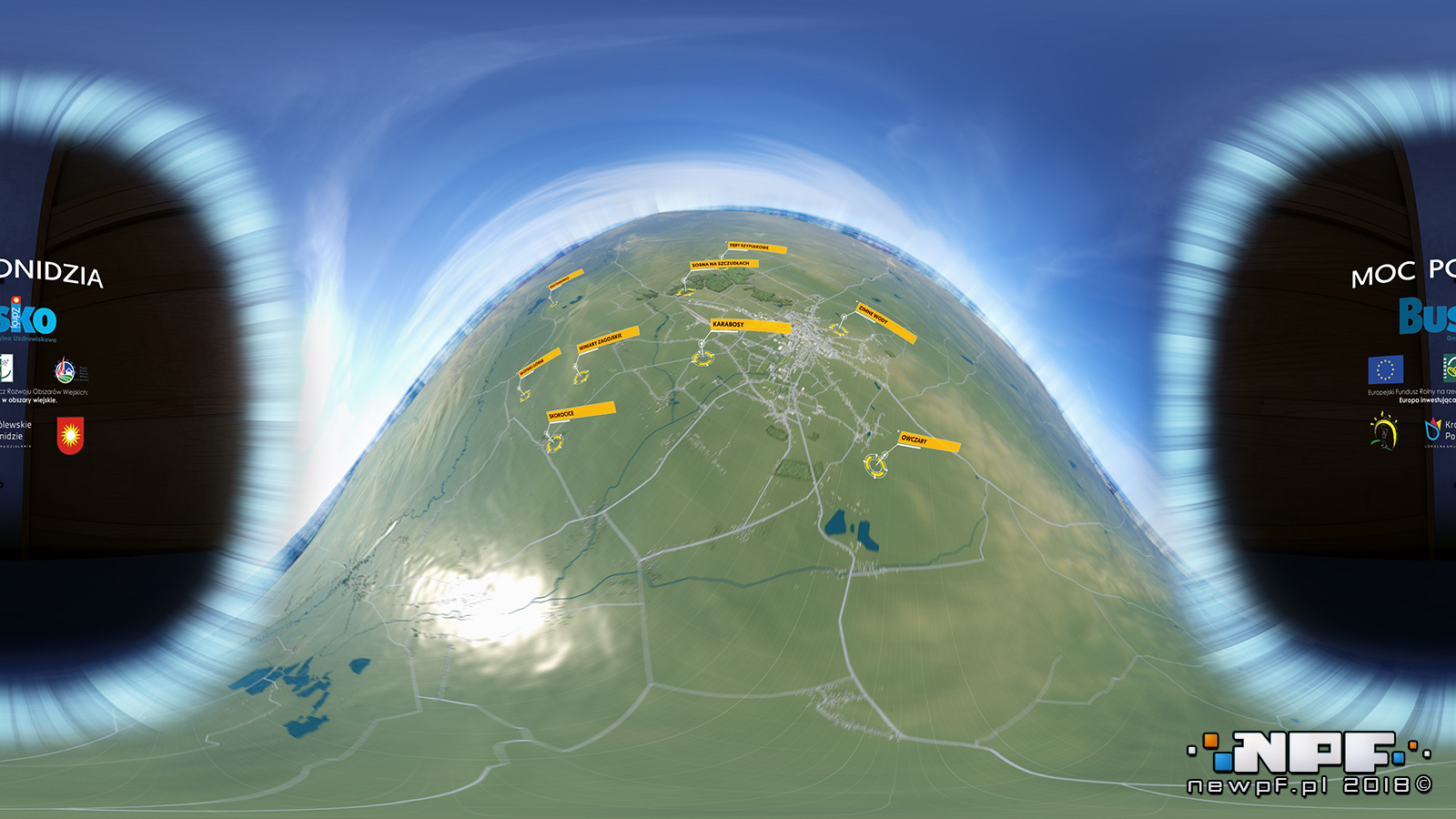 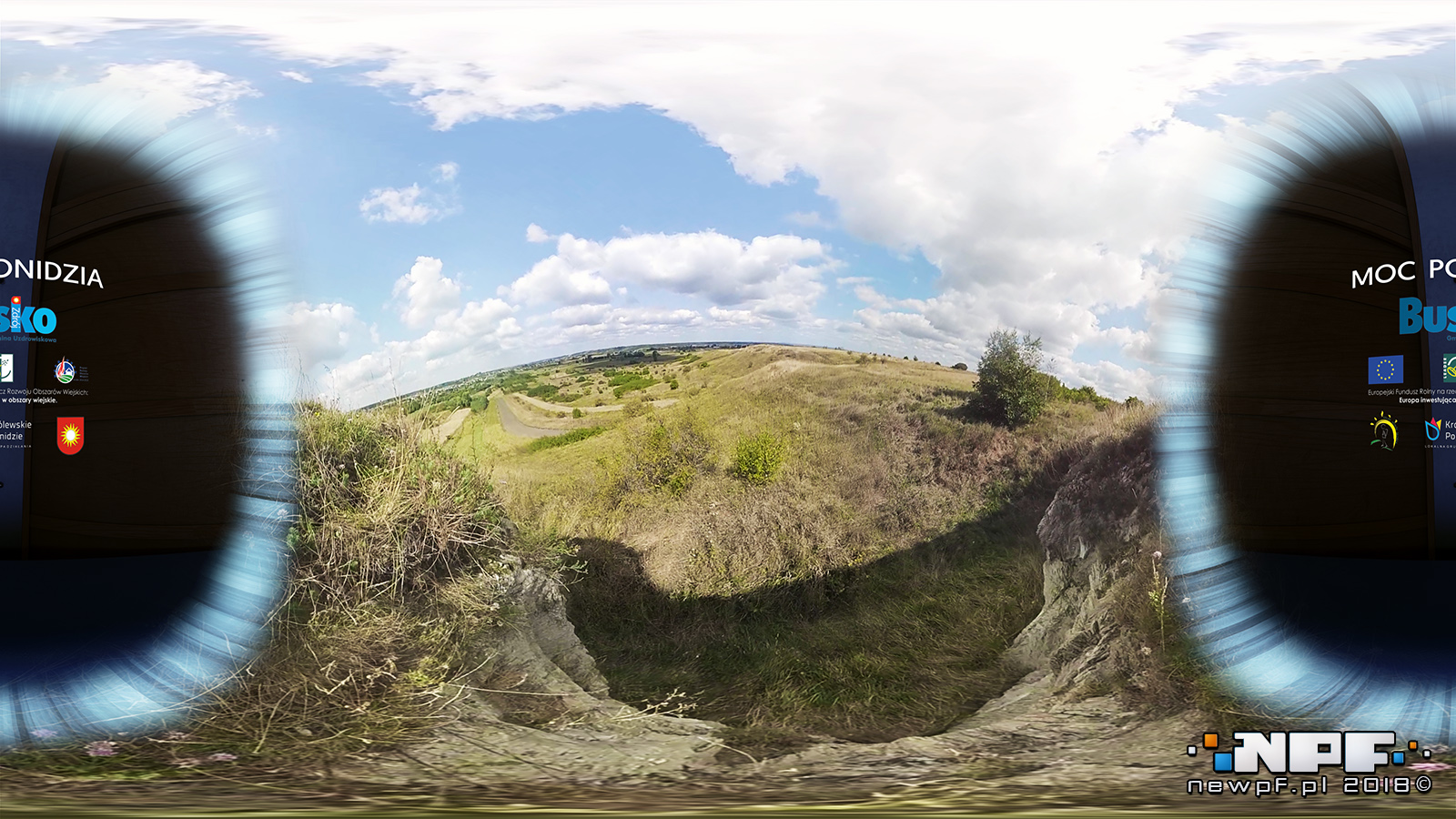 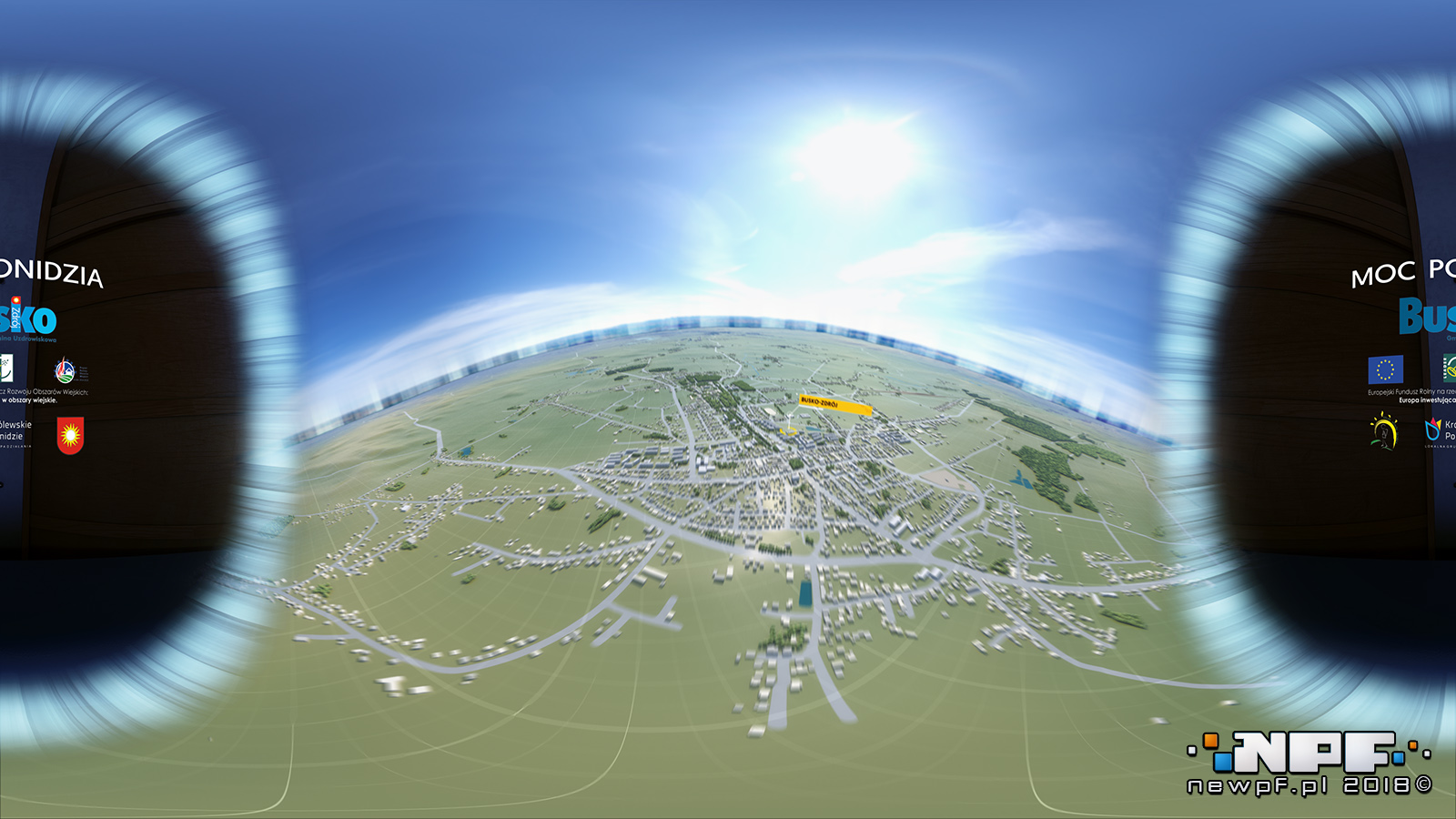 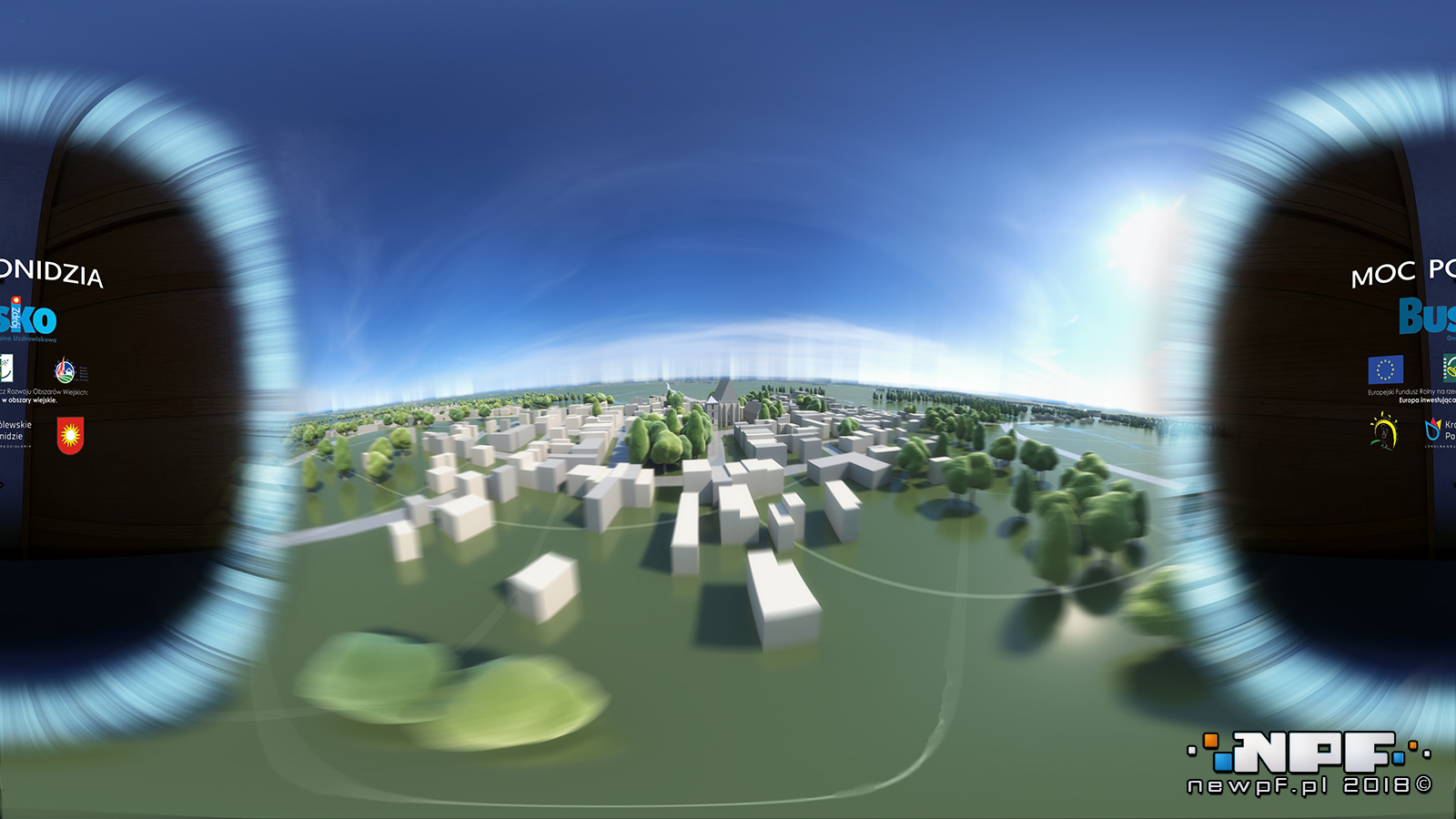 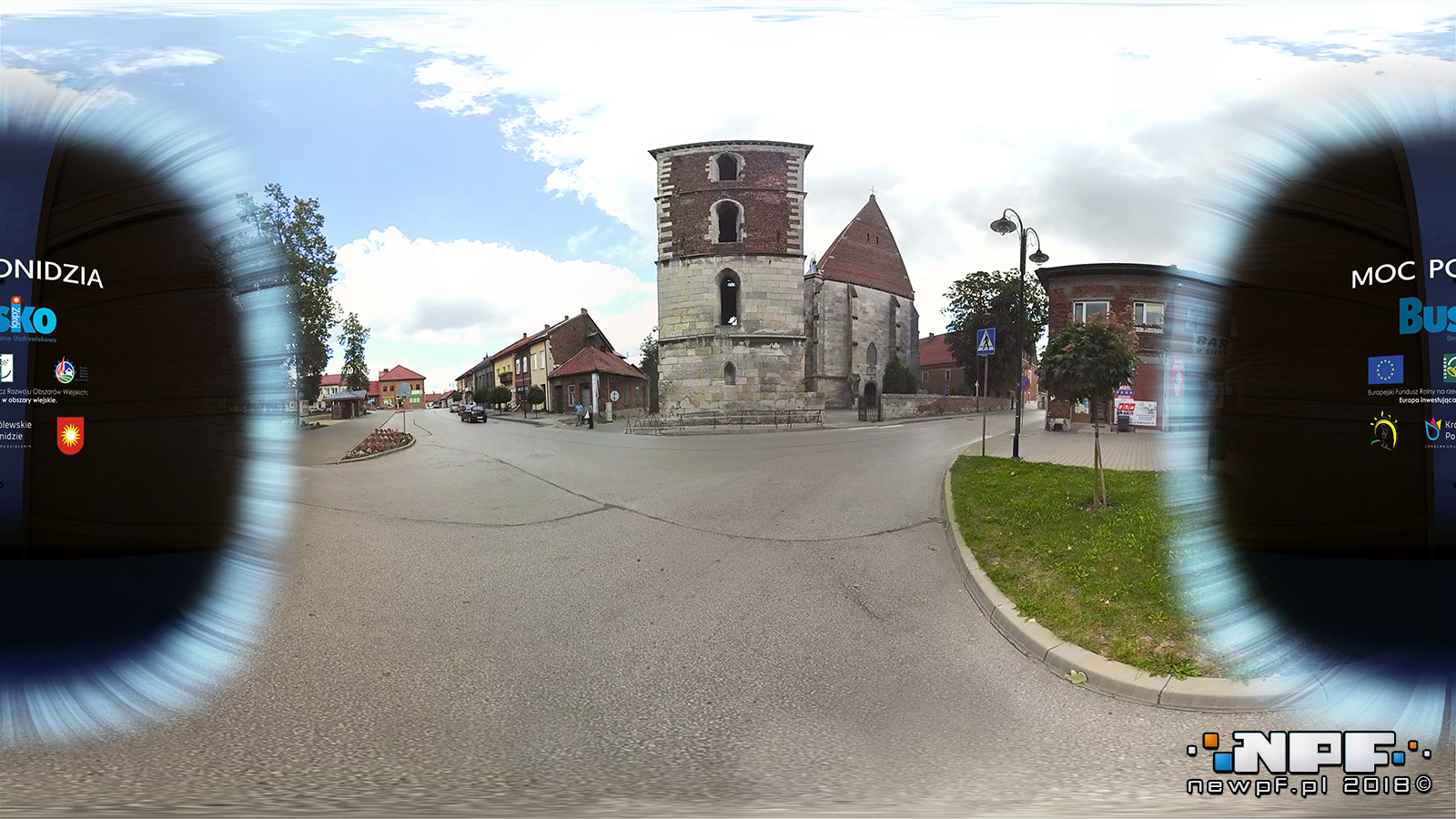 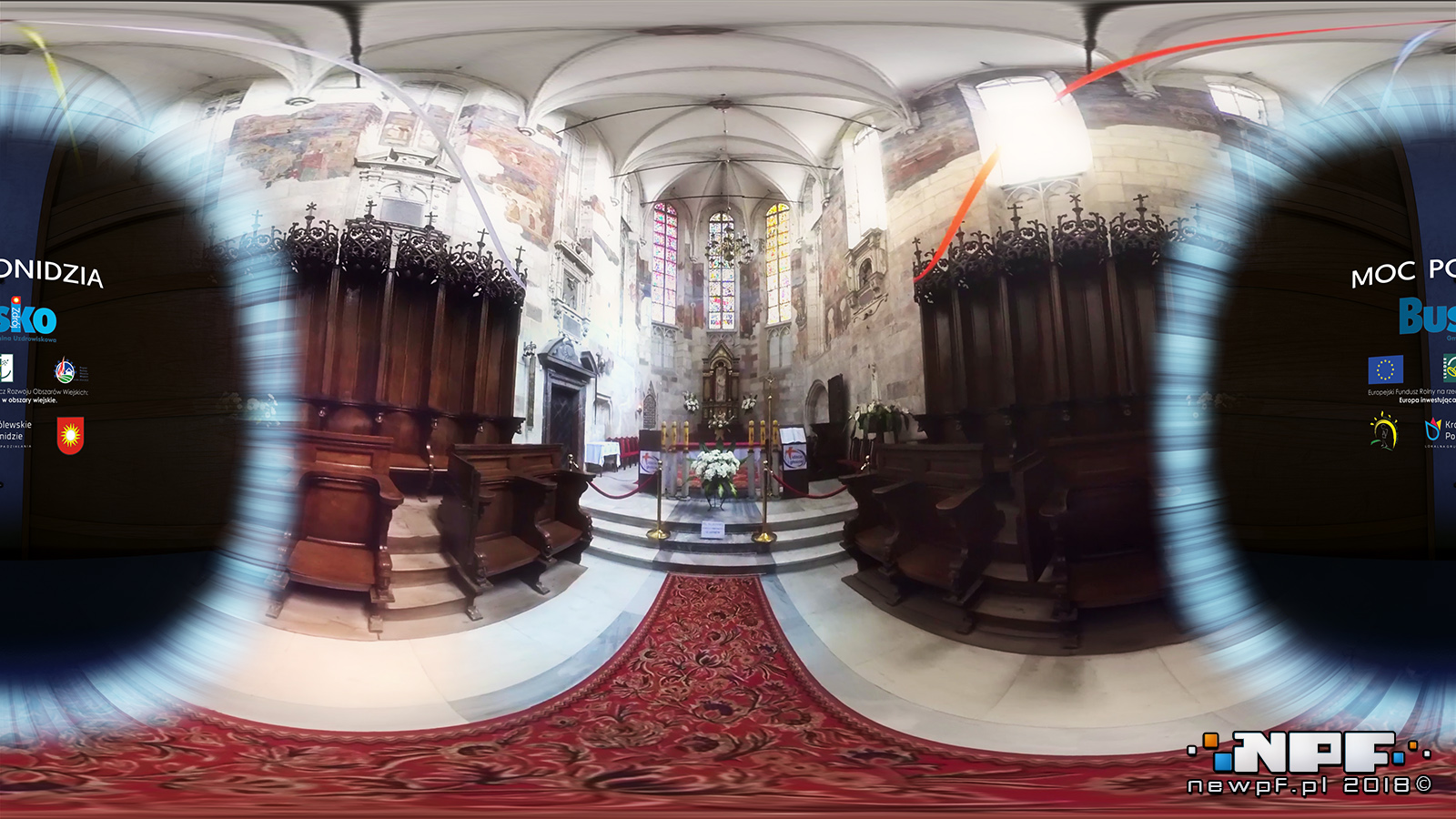 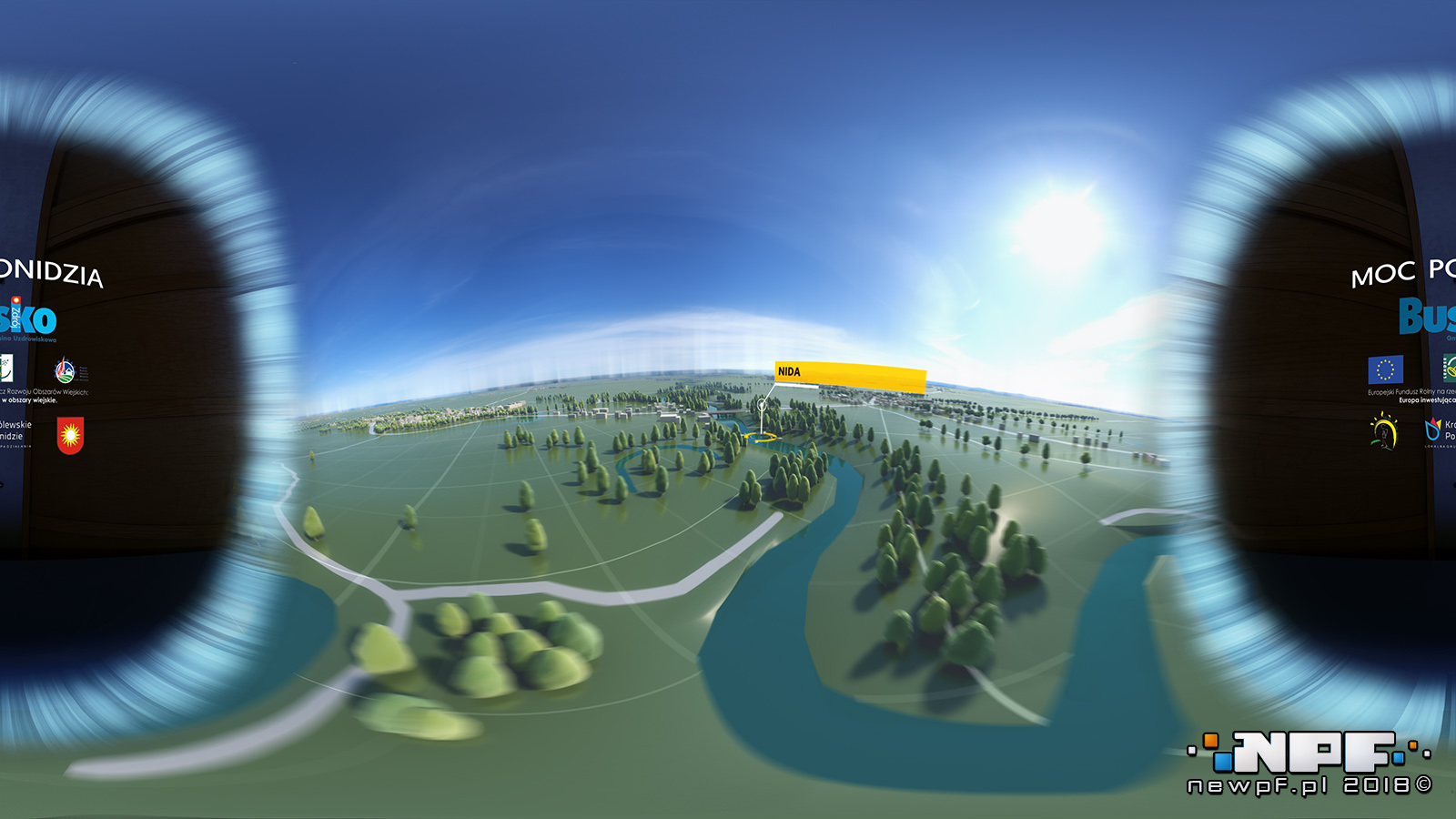 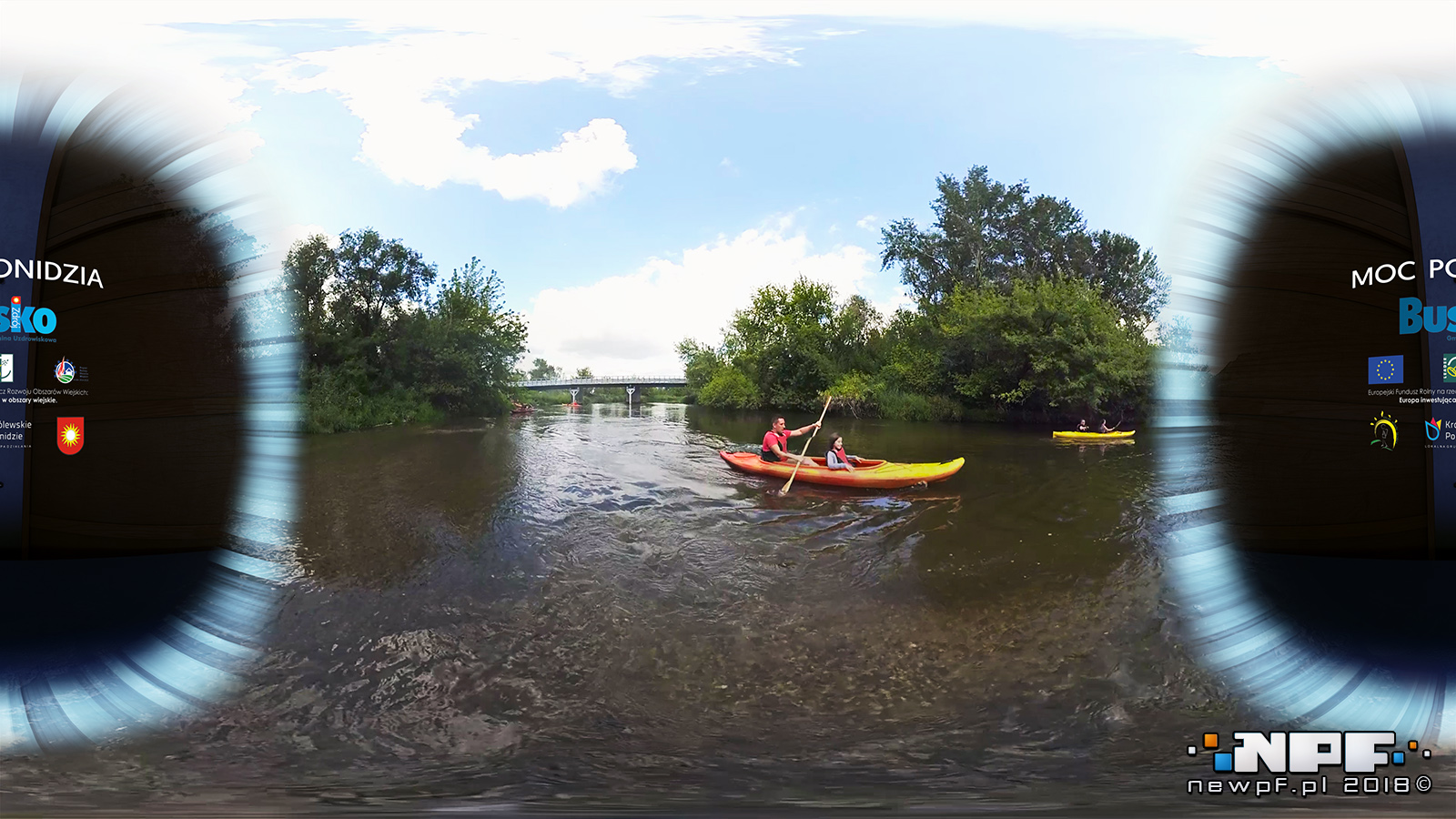 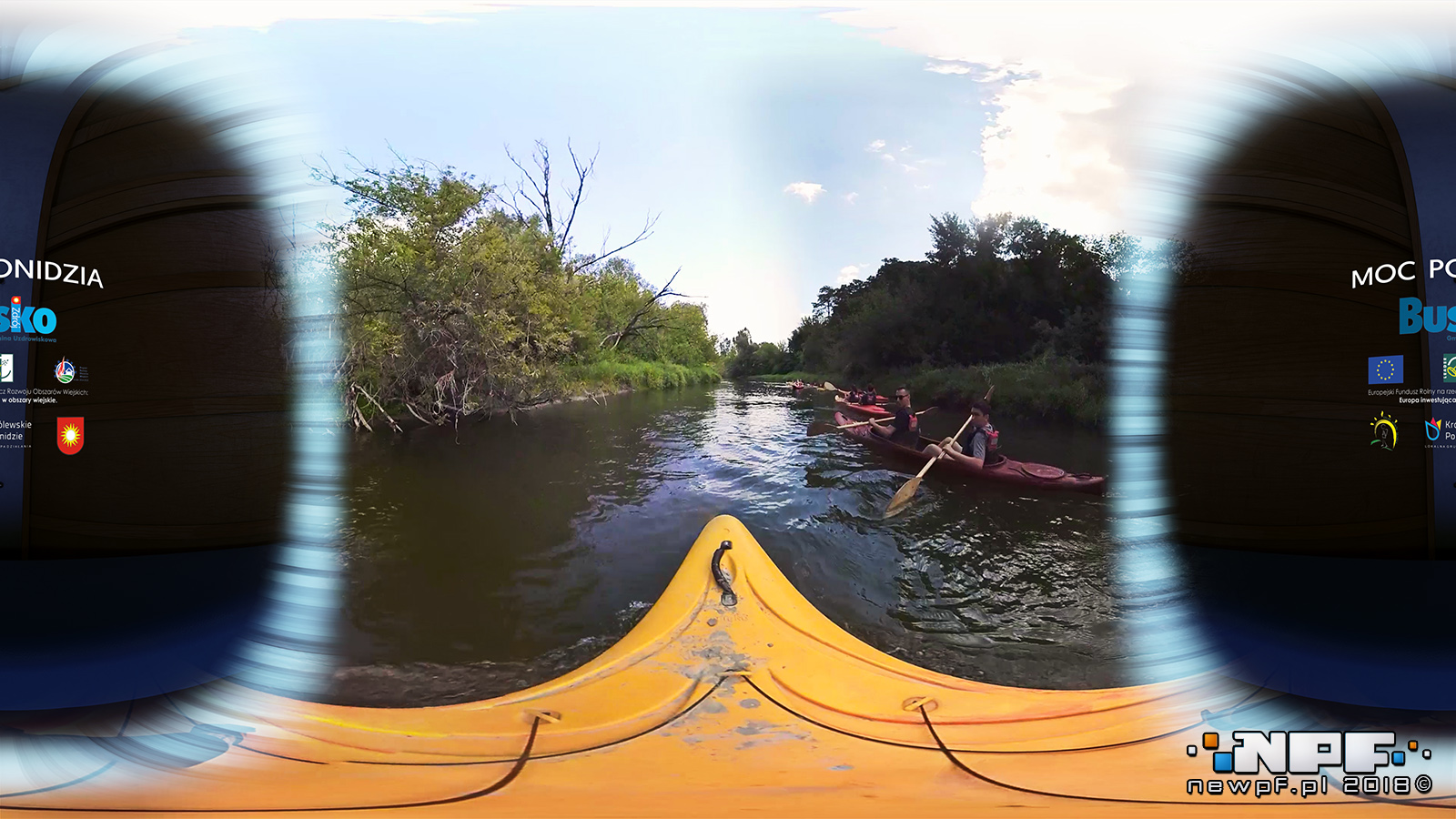 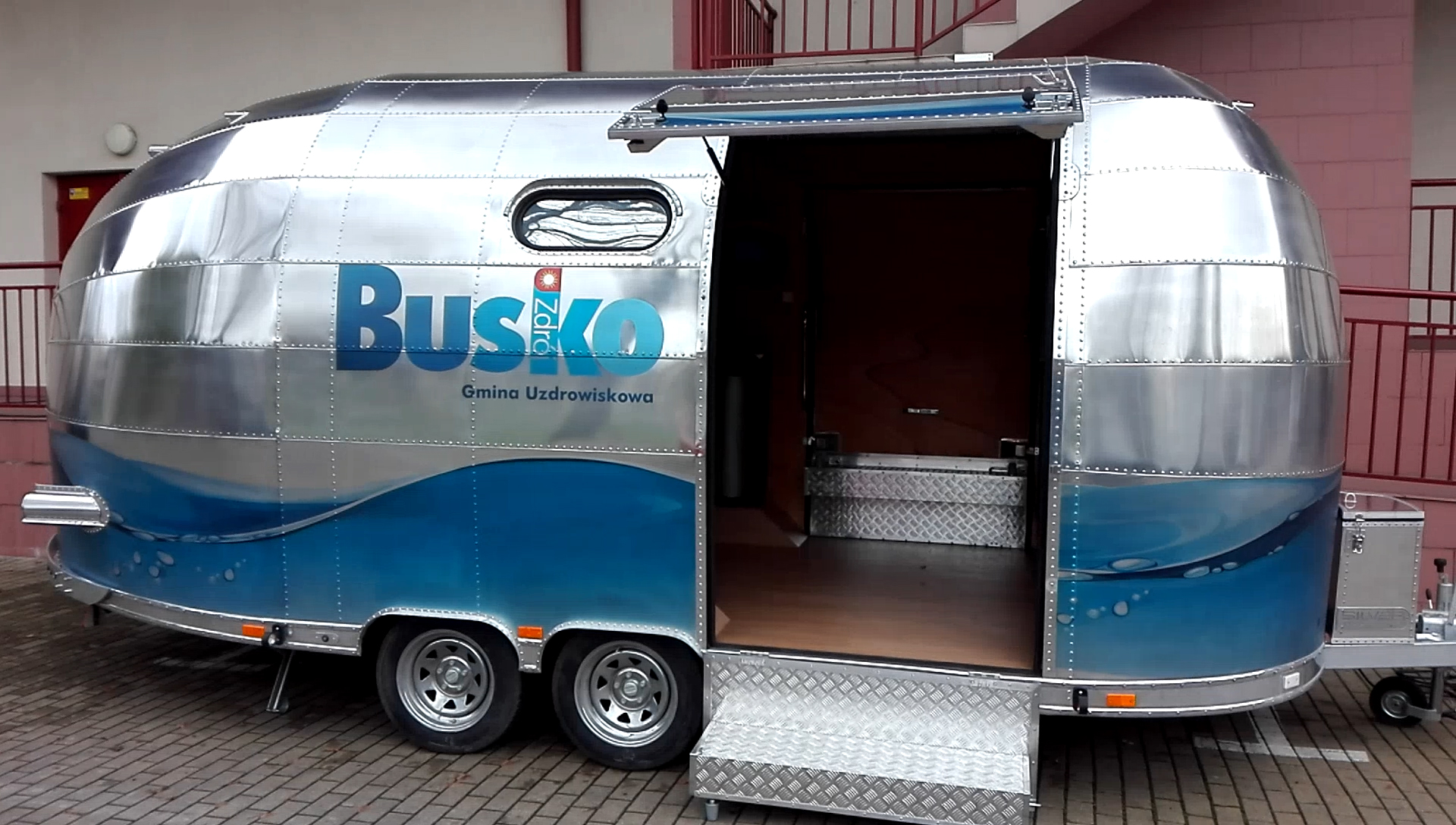 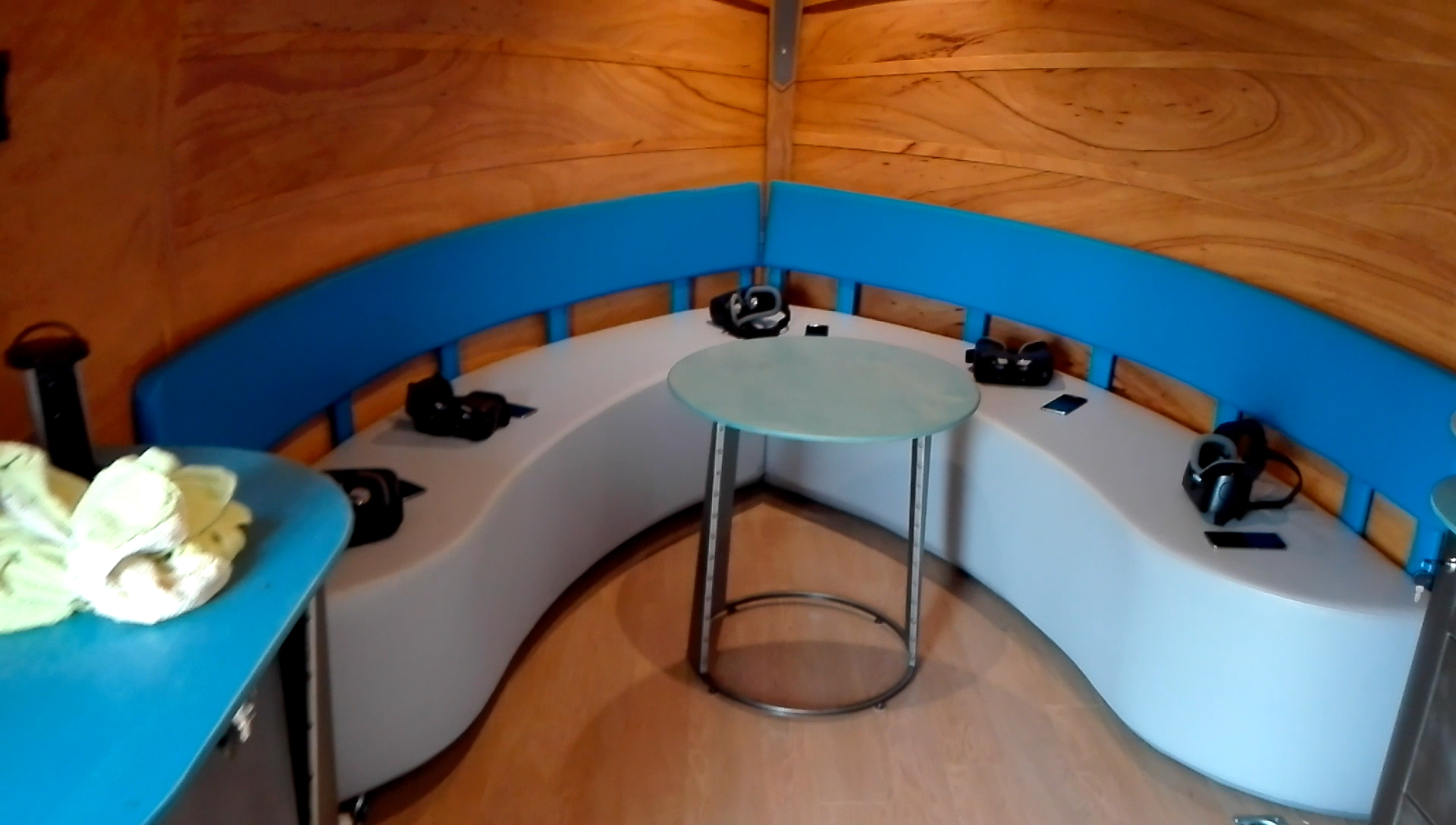 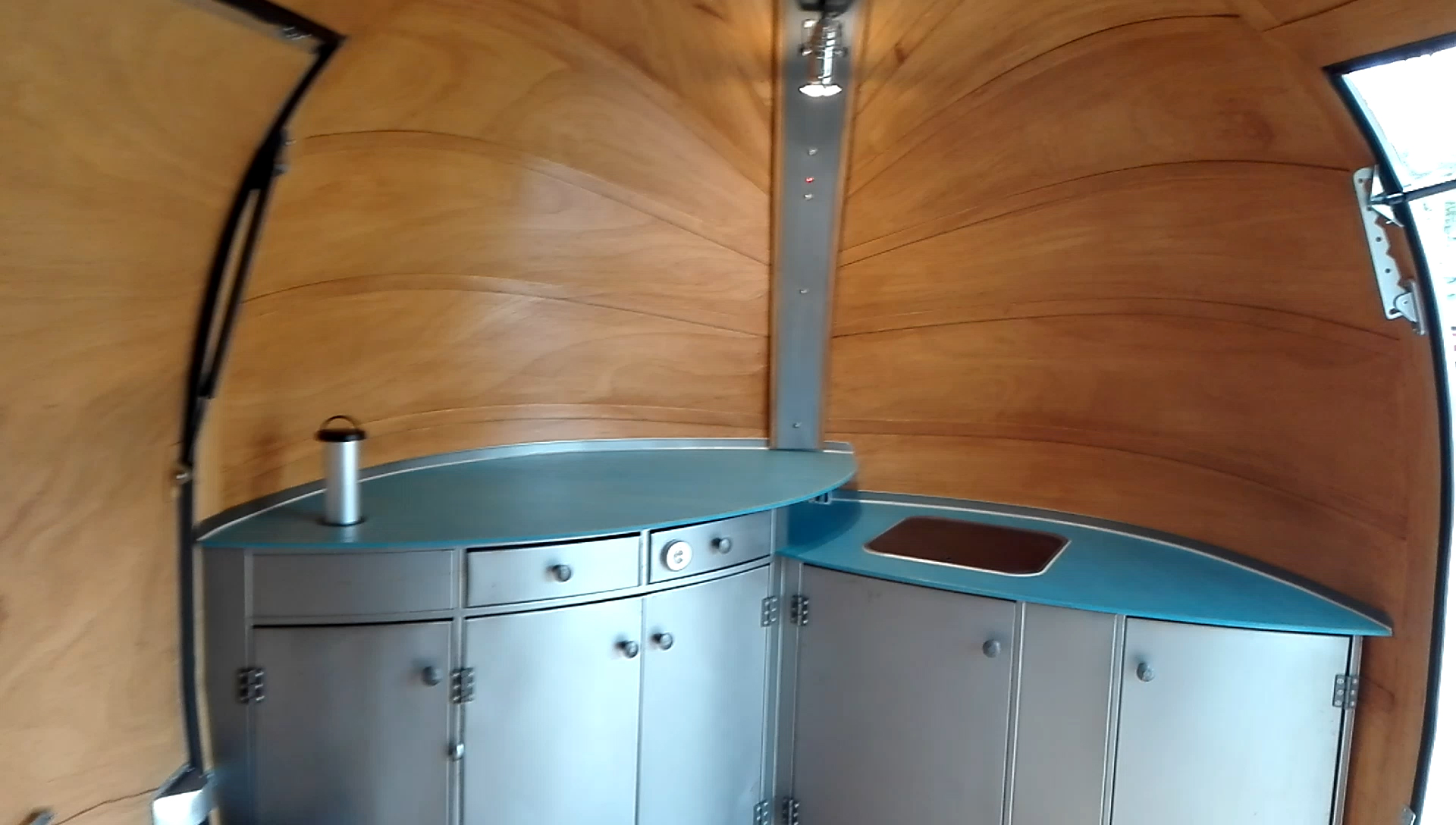